Furthermore, different types of instant boiling water taps dispense water in different styles. In this post, we are going to give answers on how does a boiling water tap work. We are also going to show you how they function and how you can use one in your kitchen. Let’s dive in, shall we?

As the name hints, this boiling water tap provides hot water only. 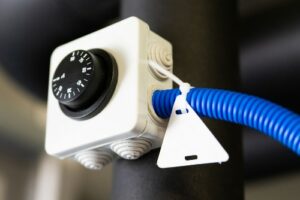 While these components might differ from one boiling water tap system to another, every hot water tap has the same functionality.

Hot water taps have different boiling water systems that help to heat water. Such systems can be used in commercial space and residential spaces. It’s important to make sure you know the differences so you can determine which one you need.

These are the different types of hot water systems:

This is a hot water boiling system that can be easily placed on a countertop for instant access. It is easy to install and maintain. Not to mention, it offers you various settings that allow you to determine the temperature of the water and the serving of water. Such systems are common in residential spaces because they are easy to use and much more efficient than your average kettle. They are also ideal for small offices, which have a small number of workers.

Due to its flexibility, this hot water boiling system is appropriate for commercial use. As the name hints, this is a freestanding boiling water system that provides hot water. It comes with a special part which allows you to connect your water reservoir.

Unlike other boiling water systems, you don’t have to connect this water boiling system to a mains water supply making it the best option if you want it to be slightly more portable. This makes it easier for you to place it in different spots in your office. The freestanding water supply system is commonly found in the reception area of different offices. It is also suitable for your home. It provides both hot and cold water.

This system comes with an in-built boiling system that can heat up water continuously. It is ideal for commercial spaces, which have a large number of workers. While this system has an instant boiling water tap that is effective in providing an unlimited supply of water, it uses a lot of energy to heat water. You may also need help with its installation.

Ins and Outs of a Boiling Water Tap

Now that we have gone through the basic components of an instant hot water system, let’s take a look at the ins and outs of a hot water tap and how such taps function.

As mentioned above, a hot water system comes with an electrically powered water boiler tank that heats up water from your mains water supply system.

If water is heated under high pressure, it maintains its temperature for a long period.

Once the boiling system is connected to a source of electricity, it will boil the water in the tank in a short span of time. 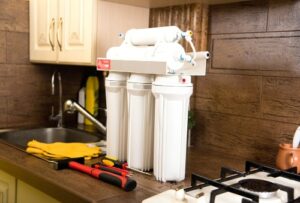 While boiling water taps can function without a filter, it is advisable to install one in your boiling water system. Installation of a filter prevents the build-up of limescale particles, which might clog the tap.

If you live in a place that has hard water, you should replace the water filters on a regular basis. It is advisable to have a replacement filter fitted every 6 months.

As if that’s enough, various boiling water taps come with additional features that protect users when using it. An example of such a feature is a handle lock that prevents younger users from accessing the boiled water.

Some instant hot water taps also have a safety button; if you want to use boiled water, you have to press the small button for a short period of time then turn the handle.

Other boiling water taps dispense water at a very low pressure-this avoids dangerous splashback which may be best if younger children have access to the taps.

If someone gets past the first level, they won’t be able to bypass the second level. This is the most effective system to make sure you and your family are protected and only certain members of the family can utilise the tap.

Features of a Good Boiling Tap

Now that you already have answers to the question, ‘How does a boiling water tap work?’, an effective boiling tap system should have the following features.

This helps you control the water temperature of instant hot water taps in a short span of time. Most boiling water taps come with a pre-set temperature that can be easily changed using a thermostat.

A carbon filter removes impurities from the water flowing through instant hot water taps. It also removes limescale particles from water. Not to mention, it gets rid of the chlorine taste that is present in water from different sources. It might be suitable for you if you live in a hard-water area. 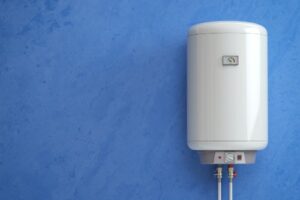 Instant hot water taps come with water tanks that have different capacities. The amount of water most boiling systems can hold is between 1.5 litres and 7.6 litres. If you are planning to use a lot of boiled water, then you should choose a boiling system with a large water tank. On the other hand, a smaller tank might be suitable for households that only require small amounts of water to be boiled.

A boiler unit should have a compact shape-this makes it easier for you to fit it under a kitchen sink in a short span of time since most boiling systems are fitted in your kitchen.

An energy efficient boiling tap doesn’t use a lot of energy to heat water. When compared to a kettle, a hot water tap is much better; it is safe and uses a fraction of the overall energy that is used by a kettle to boil water.

By now, your question as to how does a boiling water tap work must have been answered. Whether you go for a 3-in-1 option or prefer a hot water tap, they all come with various components that make it easier for you to boil water easily. Not to mention, a hot water tap doesn’t occupy too much space. While most taps are available in different sizes and specifications, they follow the same principles while heating up water.

A hot water tap is also energy-efficient. Unlike other boiling units, this one offers you various options to lessen your household expenses. A hot water tap also dispenses boiled water, which can be used to cook, make beverages, and wash utensils.