Today, sewing machines are a common feature in many households, but this hasn’t always been the case. For centuries, people relied on learning the skills to hand sew and stitch their garments. It wasn’t until a group of people began experimenting with mechanical devices that the first sewing machine came to life.

If you have ever wondered about when was the sewing machine invented, then you’ve found the right article. Its history is a story brimming with intrigue, from accusations of copyright infringement and patent lawsuits to failed attempts at designs. Today, we’re going to explore where the practical sewing machine came from, and how it had evolved so incredibly over the years.

How It All Started 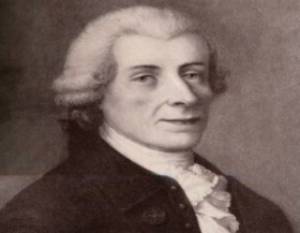 1846 is a year frequently associated with the birth of the sewing machine. However, if you really want to understand where sewing machine design began, you need to go back a little further than this. The first machine on the market would never have emerged without the skilled artistry of hand sewing. People have been sewing by hand for tens of thousands of years.

Some of the initial needles used to sew were crafted from animal bones, with thread made from the animal sinew. It was a far more morbid practice in history than it is today. Of course, eventually, we found a better, more efficient way of sewing.

The first patent for sewing machines in history appeared in 1755, with a British patent issued to a German named Charles Wisenthal. This man was issued a patent for a needle designed to fit in a machine. However, there was no description of what the rest of the machine might look like.

Next, a man named Thomas Saint received the first patent for a complete machine designed for sewing in the year 1790. History can’t tell us whether Thomas ever built working machines with his ideas, unfortunately. The patent described a machine that would punch a hole in leather and pass a needle through it. The reproduction of the embroidery machine that Thomas had imagined was later discovered not to work.

In 1810, a German man named Balthasar Krems invented a machine for sewing caps. The invention was patented, but it never really functioned well. An Australian Tailor named Josef Madesperger also had several attempts at making a sewing machine, and he was first issued a patent in 1814.

In 1804, a French patent was granted to two men named James Henderson and Thomas Stone, for a machine that would emulate hand sewing. The same year, another patent was delivered to Scott John Duncan for a machine that could sew with multiple needles. Unfortunately, both designs were failures. In 1818, John Adams Doge and John Knowles also designed an American sewing machine, but this device would often malfunction.

Who Invented the Sewing Machine in 1846?

A post shared by Spartan Made Quality Carry (@spartancarry)

There’s some controversy in the sewing world over who actually invented the first sewing machine, as the patent pool is so large and confusing. Some say that the first functional sewing machines came from a French tailor with the name Barthelemy Thimonnier, during the 1830s. The machine in question used a single thread as well as a hooked needle to create a chain stitch, similar to that used in embroidery.

Unfortunately, the inventor was almost killed by French tailors who burned the garment factory to the ground. These men were enraged by the invention of the automatic machine that would make them lose their jobs.

Elsewhere, in 1834, Walter Hunt built the first semi-successful sewing machine for America. However, he lost interest in getting a patent for his invention because he believed that it would cause problems for jobs in the USA. The first American patent was, therefore, delivered to Elias Howe in 1846. Mr Howe received a patent for a machine that could “use thread from two different sources”.

The machine made by Elias Howe used an eye pointed needle. This needle was pushed through a cloth by the invention, to create a loop on the other side of the fabric. A shuttle on a track within the machine would then slip the second thread into the loop, creating an alternative to the chain stitch called the lockstitch.

Unfortunately for Elias Howe and his eye pointed needle, the patent for this machine was difficult to maintain. Elias Howe struggled to initially get any interest in his machine at all. He also struggled in protecting his application with the patent office from other investors who were attempting to create inventions of their own. At that time, Isaac Singer and Allen Wilson were also constructing their own devices for sewing.

The Man Behind the First Successful Machines 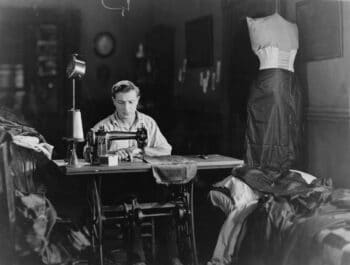 There are a lot of names associated with sewing machines today, from Elias Howe to Englishman Thomas Saint, Josef Madersperger, Newton Wilson, Walter Hunt, Barthelemy Thimonnier, John Fisher, and Isaac Singer. It’s no wonder there’s so much confusion in this story about who actually created the first working machine in history.

Sewing machines didn’t enter mass production until the 1850s after Isaac Singer built the first successful machines for the industrial revolution. Singer built a machine where the needles went up and down, rather than moving back and forth. Elias Howe sued Singer for patent infringement as a result, winning the lawsuit in 1854. Walter Hunt’s sewing machines also used an eye-pointed needle and two spools of thread with a bobbin case. But since Hunt never patented his inventions, he could not claim.

If Hunt had patented the invention he created, Elias Howe would have lost his share of the rights to the patent infringement, and Isaac Singer would have run. Because Howe did win, the inventor received a royalty from Singer.

In 1844, John Fisher also obtained a patent for a lace-making machine close enough to the designs made by Singer and Howe that if the patent hadn’t been lost, John Fisher would have also joined the inventors’ patent panel.

The design of the eye pointed needle with the two sources of thread was copied and adapted many times by sewing machine manufacturers, leading to various patent cases.

The Rise in Popularity

Despite a lot of confusion over the years from various cabinet makers, machine manufacturers, and inventors who claimed to design the first sewing machine, the device had become widely popular. The first mechanical sewing machines would often appear in a clothing manufacturing company and on production lines. The history of the sewing machine evolved in 1889 when the devices started to emerge in homes and other locations.

As the machinery of the sewing machines became smaller and more reliable, the electrically powered models quickly gained popularity. After the clock, the sewing machine was the first complex piece of machinery to be used at home. To meet the high standards of manufacturing, the parts of the inventions designed for the consumer years later were made with hardened steel.

Although it gradually became more common for people to have their own sewing machine with rotary hook technology, history found that richer households had these devices first. Singer’s partner, Edward Clark, eventually created a hire purchase scheme. In this way, families could work with each other to buy a sewing machine over time.

What Is the Oldest Sewing Machine Brand? 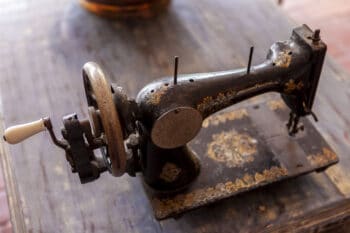 We’ve come a long way since sewing was built with animal horns, and lock stitch machines were used to make uniforms for the French army. The creation of a needle with an eye and a successful sewing machine took the world by storm in the 19th century.

Today, there are various brands available that sell sewing machines. Probably one of the best-known options is the Singer brand. Singer made his own sewing machine using inspiration from the innovators that came before him. Though he was responsible for some of the controversy in the history of the sewing machine, his invention gained a lot of attention over the year. Today, you can still buy a Singer sewing machine and have your own piece of history.

Some of the other sewing machine brands to appear in the 19th century and earlier include:

A product with a very small lifespan, this model didn’t appear very often in the United States. It had no shuttle or bobbin, and the construction required only 40 components.

These machines were made in the United States – particularly in Boston and New York City, between 1851 and 1875. Their sewing devices come with a secure double chain stitch design with two threads. The group were also credited with making one of the first portable sewing machines in history. The device was self-contained in a box and was a lot larger than the inventions that arrived years later.

A company known for some of the most successful sewing machine designs, Wheeler and Wilson patented a four-motion feed that would eventually become a standard in the industry. You can still find some of these devices in the antique market. However, it’s rare to see these models in most parts of the world.

This company had shut down assembly in the 1950s, but there are a handful of these devices still around today. Those that have been preserved are complete with hand crank technology, and plenty of insights into the history of the sewing machine.

These inventions appeared in the 1930s, and they were particularly popular among families with limited budgets in search of high value. The vintage appeal of these Kenmore sewing machinery options is still significant today.

The Bernina sewing machine brand comes from Sweden, and it quickly spread around the world. Today, these devices are very popular on the antique market, though they may not work well when it comes to stitching fabric.

Whether you believe that Josef Madersperger and Thimonnier should have more attention in the industry, or you’re a fan of the better-known inventor Elias Howe, the tale of ‘when was the sewing machine invented’ is definitely one worth learning if you’re a sewing fan.